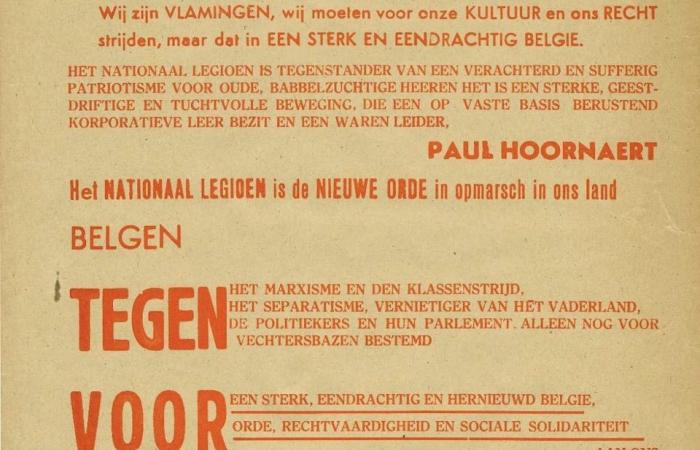 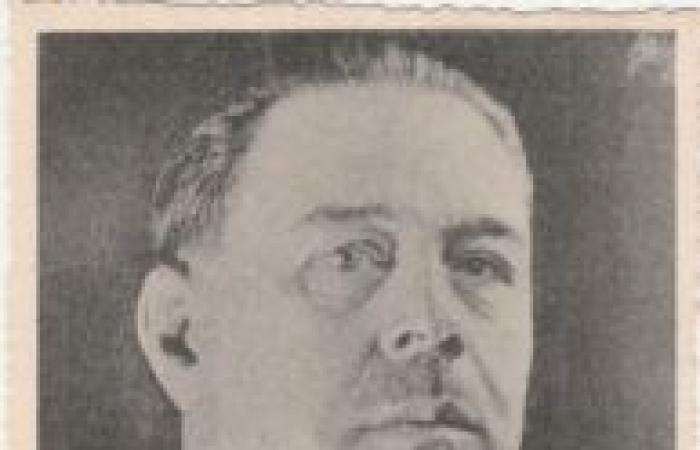 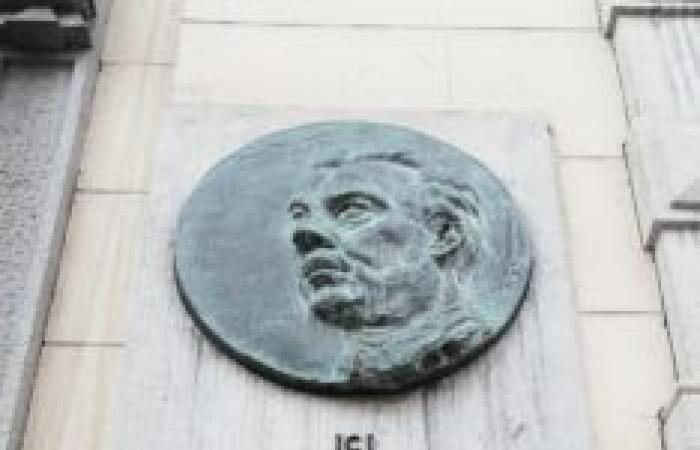 More power for the king

Mussolini and his fascist movement grew out of socialism. Was that also the case for the Légion Nationale/National Legion?

Lionel Baland: ‘No, it National Legion, founded in 1922, mainly groups people from petit bourgeois circles. Nevertheless, it says it wants to develop a social policy and is hostile to big business. Like Gabriele D’Annunzio and Benito Mussolini in Italy, it closely resembles the veterans of the First World War.’

‘It was founded by Henry Graff, in Liège, a few weeks after the murder of his brother Lieutenant José Graff, an officer in the Belgian army of occupation in Germany. He was killed by German patriots. The Légion nationale does not want power for itself, but for the king. It sees itself as an additional element of the regime.’

‘Physical clashes between militias of the Légion nationale on the one hand and socialists and communists on the other are the order of the day. The Légion nationale/Nationale Legion is expanding all over the country. Henry Graff then leaves the leadership of the movement to lawyer Paul Hoornaert, who organizes it more efficiently and provides an ideological corpus.’

For Flanders, against schism

The confrontations of the National Legion with Flemish demonstrators are notorious. But how can you be pro-Belgian and against the Flemish who still form the masses in Belgium?

Nevertheless, the Légion nationale took part in the Congress of Montreux, which wanted to gather all the fascist movements of Europe.

‘Indeed, Paul Hoornaert took part in the 1934 Congress of Montreux in Switzerland, which was intended to bring together the different fascist movements in Europe. The fascists, not the National Socialists. Do not forget that at that time the National Socialists and the Fascists were not on the same wavelength. You could see that clearly when, a few months earlier, the Austrian “Austrofascist” chancellor Engelbert Dollfuss was murdered by the National Socialists, much to Mussolini’s horror. Dollfuss had previously banned the Austrian Nazi Party. Eva Dollfuss, daughter of, later published a biography of him entitled “Mein Vater, Hitlers erstes Opfer”.’

Reportedly, Paul Hoornaert, the leader of the National Legion, and Léon Degrelle, the leader of Rex, had profound antipathy for each other. Why exactly?

‘The Légion nationale Legion and Rex were both Belgian nationalists. They were close ideologically. However, the Légion nationale criticizes Rex for his choice to gain power through the electoral route, as well as for his submission to the Catholic hierarchy. According to Hoornaert, this could lead to the downfall of Rex in the case of sanctions issued by the Church — which, incidentally, happened when Léon Degrelle was hit with the crooked staff by Cardinal Van Roey in the 1937 by-elections in Brussels. Rex was eager to recruit the militants of the Légion nationale, but on the other hand saw how the LN had been discredited by public opinion for its permanent acts of violence. Moreover, in the months leading up to the German invasion, Hoornaert criticized Degrelle for his “ultra neutral” stance.’

How did the National Legion’s attitude towards fascism evolve?

‘The Légion nationale’s position on the regime in Italy evolved during the 1930s. It has been heavily inspired by fascism, but recognizes the fact that this policy cannot be applied in Belgium, especially since democracy is strongly rooted in customs here. Moreover, because of its Belgian nationalism, it does not want to be seen as subject to an ideology that comes from another country.’

‘While the Légion nationale has great sympathy for the political system in Italy, it is totally opposed to National Socialism coming to power in Germany.. Therefore, the LN was very displeased with the rapprochement of Hitler and Mussolini, after the latter had been banned internationally because of his Ethiopian adventure. The Légion nationale judges that Mussolini has become an accomplice of Hitler and rejects him.’

During the Second World War, the Légion nationale opted in majority for the resistance against the Germans. Have there been any other fascist movements in Europe that made that choice after 1940?

‘Yes, there are many more examples of this than people think, in the Netherlands, France, Poland, Serbia, Greece, Denmark, Norway — and also in Belgium.’

‘In our country, Xavier de Grunne (1894-1944), friend of Léon Degrelle and senator of Rex, founded the resistance organization La Phalange and dies in the Gross Strehlitz concentration camp. The resistance group NKB/MNR (National Royal Movement/Mouvement National Royaliste) was founded by Rexists in Aarschot. Pierre Nothomb, former leader of the Nationale Jeugd/Jeunesse nationale, was disturbed by the Germans several times during the war. A number of Flemish and Walloon leaders of Verdinaso, such as Frantz van Dorpe, joined the resistance. The Belgian nationalist and new-order writers and professors Fernand Desonay and Charles Terlinden were also linked to the resistance.’

Note that the resistance was founded by Belgian nationalists, who wanted to establish a strong regime around King Leopold III and that for this reason the Belgian government in exile in London absolutely refused to recognize it as late as 1942!’

But weren’t there other militants from the Légion nationale who didn’t want to know anything about the resistance and reported to the Eastern Front?

‘Yes, some LN militants, a minority, joined the Walloon Legion to fight on the Eastern Front or collaborated while they remained in Belgium.’ 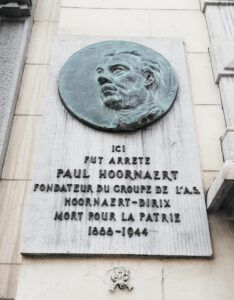 What happened to the National Legion and its supporters after 1945?

‘Some former members of the movement participate in the issue of September magazine, which defends King Leopold III during the royal question. Fernand Dirix becomes a professional soldier, an officer in the Belgian army. In 1948 the resistance group “Hoornaert-Dirix” received its flag in the presence of the mayor of the city on the Grand-Place of Brussels.’

‘On September 17, 1950, a mass was celebrated in Liège in memory of Paul Hoornaert and his companions who died as deportees to Germany. Then a procession with fanfare marched through the city to the house of the man who wanted to become the head of the New Order in Belgium. The government inaugurated a memorial stone on the facade of his house. No more Légion nationale.’

The book in question: